Noor Inayat Khan, defiantly refused to give in to the beatings of her jailer. The SS men’s uniforms were usually pressed to perfection and as black as death, the skulls on their caps shining tauntingly. But Noor’s jailer looked dishevelled, sweat covered his face, his tunic was undone, sleeves forced to his elbow, a blooded wooden stick grasped beneath the white knuckles of his hand. Noor felt numb, despite the vicious beatings she had received and the weeks in captivity she had endured, she had said nothing, she had not broken. The jailer dropped the stick, it clattered on the hard-stone floor. A sharp click of the toggle of a Luger pistol echoed in the dingy, hopeless cell. She heard a woman begin to cry. She knelt on the ground, it was cold and hard beneath her bruised and aching knees, time seemed to stand still. ‘Liberté’ she whispered under her breath as a shot ripped through the air and resounded defiantly down the cellblock corridor. 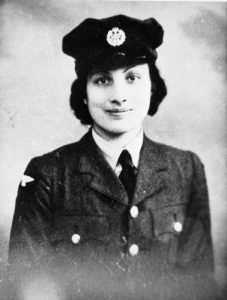 Noor was an agent, a wireless operator dubbed ‘bang away lulu’ for her heavy-handed typing style. She was awarded the George Cross for bravery posthumously after being executed by the SS in 1944. The organisation she worked for was called the Special Operations Executive (SOE). This organisation was born when in March of 1939, British High Command began to take notice of the capabilities of a small part of the Secret Intelligence Service (SIS) called section D (the D stood for Destruction caused by sabotage and subversion undertaken in the Balkans). Its leader was an Army officer, Maj Lawrence Grand. He was intelligent and possessed a sharp wit with ideas and energy. His task was to research the theory of secret offensives, how an enemy could be attacked by non-military and unconventional means most notably that of sabotage.

At the same time a research station was also in existence in the War Office called MI R (Military Intelligence Research) and consisted of another Major; Jo Holland and a typist. His task was to research irregular warfare, he was fascinated by it, probably due to his experiences and wounding in Northern Ireland during the troubles of 1919-1920. He had also served briefly with T.E Lawrence and witnessed Lawrence’s irregular exploits against the Turks. Holland concluded that guerrilla warfare could assist in diverting key enemy resources and troops when used in conjunction air power or land forces. So, D Section and MI R had a common aim and purpose. A restructuring of the organisations was conducted, and, on the 1st July 1940, the SOE was established. The day after, Dr Hugh Dalton, the Minister for Economic Warfare wrote a letter to the Earl of Halifax:

‘We have got to organize movements in enemy-occupied territory comparable to the Sinn Fein movement in Ireland, to the Chinese Guerrillas now operating against Japan, to the Spanish Irregulars who played a notable part in Wellingtons campaign or – one might as well admit it – to the organisations which the Nazis themselves have developed so remarkably in every country in the world. This ‘democratic international’ must use many different methods, including industrial and military sabotage, labour agitation and strikes, continuous propaganda, terrorist acts against traitors and German leaders, boycotts and riots.’

Dalton continued to express that the new organisation of the SOE should also co-ordinate the people of the oppressed countries while firmly asserting that the SOE should be entirely independent from the War Office. It is this separation from the War office that allowed the SOE to use innovative methods like guerrilla warfare to achieve its wartime aim, so they were not grounded in the mire of military doctrine. Winston Churchill chose to give the management of the newly created SOE to Dalton with the order ‘set Europe ablaze!’. SOE agents like Noor were trained and deployed all over Europe destabilizing and undermining the Nazi regime by sabotage, assassination, subterfuge, and guerrilla warfare. All this was done with the most ingenious equipment like rat bombs, lapel knives, invisible ink, sleeve guns, suitcase radios, vegetable explosives and cotton reels hiding codes! By 1945 there 1300 men and women from all kinds of backgrounds, even disabled agents like the great Virginia Hall in the SOE, they risked their lives in secret to help liberate Europe, although many shared the same fate as the remarkable and brave Noor Inayat Khan.

Ash is Gender and War historian, a Trustee of the CMSM and has served 13 years in the British Army as a Combat Medical Technician. Her MA dissertation was a cultural history of women in F Section in the SOE. Upon retiring from the Army Ash is now a History teacher and loves to bring the past to life through active teaching and storytelling.