Yesterday (27th July 2021) saw the arrival and placement of our new artillery piece, the BL 5.5-inch medium Howitzer which saw service in World War Two.  This piece was kindly given to the museum by the IWM Duxford.

The piece looks like it has been sat outside some military barracks. It has some regimental insignia painted on the barrel, but we are not sure yet which regiment or unit it belonged to.  A photo of the insignia is shown below, so please feel free to email us if you know anything about this gun, so we can add more to this post. 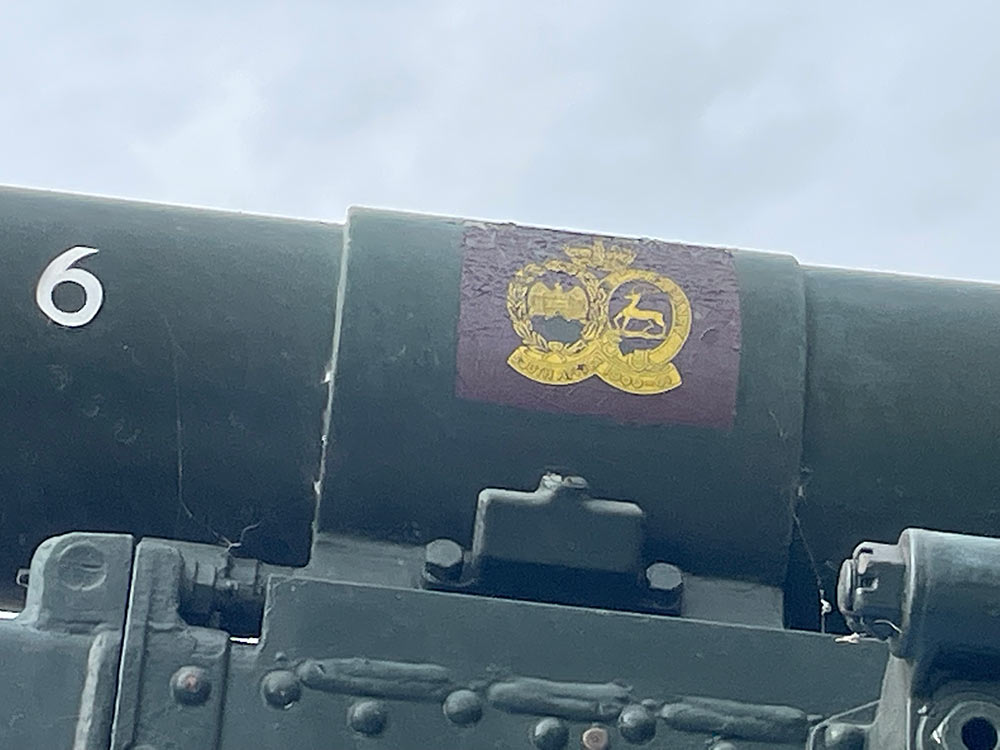 Sadly, this gun has been welded to within an inch of its life and therefore has very few moving parts.

We want to thank the IWM for the piece and the lorry driver who managed – after some struggle – to get the gun off the lorry and into place.

History of the BL 5.5-inch Howitzer

Wikipedia says: The first units were equipped with the BL 5.5-inch Medium Gun in the summer of 1941 and in North Africa a year later.  In the Second World War, the normal organization was a regiment of 16 guns organized into two batteries. The 5.5-inch was retained in service after the war. It was used by the Royal Artillery on operations in Korea, South Arabia and Borneo.

Please note: Some information on this post was provided by Wikipedia