Today, 25 June, is Armed Forces Day. This day takes place in the UK on the last Saturday each June. It is a way of saying thank you and showing the nation’s support to all members and veterans of Britain’s armed forces and their families. Across the country, parades, flag-raising ceremonies and similar events are all happening as part of Armed Forces Day. The Combined Military Services Museum, like all military museums, institutions and sites, is a forever present remembrance to the brave men and women who have served in the armed forces and, for many of them, also to the ultimate sacrifice they made.

Unfortunately, this remembrance and aid given to soldiers and their families has not always existed in the UK. As late as the end of the Napoleonic Wars (1803-1815) British soldiers and sailors were still being demobbed immediately as soon as the fighting ended. With only a modest pension for some of them, thrust instantly into unemployment, many soldiers and sailors were affected due to the low demand for labour because the economy had slumped. Reason being that the economy had been so geared towards a war effort which was now over. In the years that followed, there was many a homeless veteran begging with only one leg, the other one having been lost at the Battle of Waterloo. Families widowed or orphaned by the war too got very little government aid and fell into destitution.

The Battle of Waterloo, in June 1815, which brought the Napoleonic Wars to an end.

This situation was still present in Britain over a century later at the end of the First World War (1914-1918). The emergence of large-scale industrial warfare brought new sufferings to members of the armed forces. With large artillery bombardments becoming a common feature on the battlefield, many Great War veterans suffered post-traumatic stress disorder, known then as “shell shock”. Once again, many of these veterans, when they returned home post-1918, recount how many people did not want to know them and did not help them. This included those whose bodies or faces had been disfigured by shrapnel; a number of men whose faces had been damaged became cinema projectionists so that no one would see them going into or out of work and they did their jobs in darkness to hide themselves away. A number too were driven to suicide. Many more veterans spent the rest of their lives in wheelchairs or on crutches or suffered mentally. 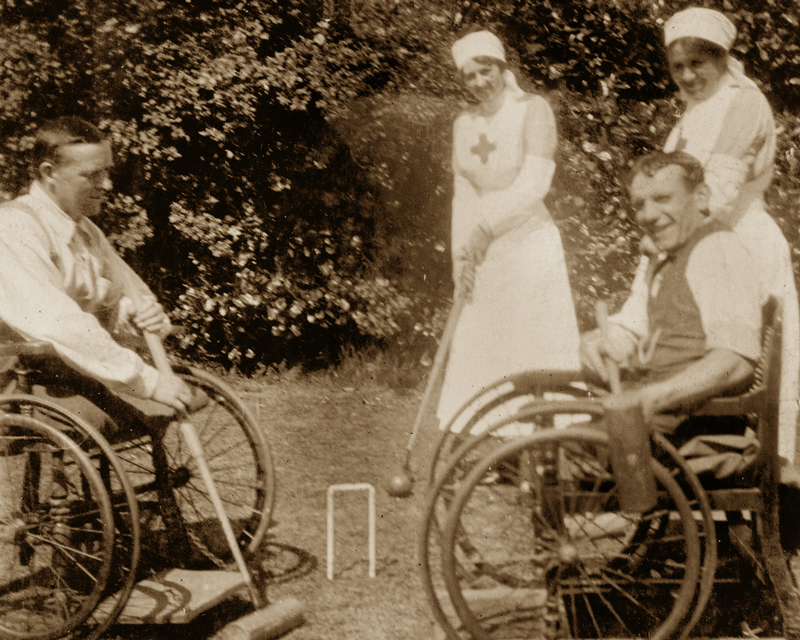 Today in Britain, thankfully, this situation has improved. There is a support service called Veterans UK, which is part of the Ministry of Defence and helps veterans get the aid they need from the government and the charity sector. This support includes a number of pension and compensation schemes as well as welfare services and a transition scheme, which supports veterans and their families as they adjust back to civilian life, which can often be a very difficult process.

All of these modern organizations and schemes informs us how we must look after our armed forces’ members and veterans and their loving, supporting families and not let them suffer alone, as has been the case in the past. Armed Forces Day is part of this understanding and is a way of expressing the country’s deepest gratitude and remembrance to all the soldiers, sailors and air force personnel who keep us safe and fight for peace throughout the world.