77 years ago today, German surrender formally came into effect in Berlin. The surrender of Germany culminated from a treaty that was initially signed on the 29th April 1945 by the Germans which ended the war in Northern Italy and Western Austria.

The Combined Military Services Museum is very privileged to have in its possession, the original copies of official photographs of the signing of the German surrender and an original press release document, which was acquired through a donation to the museum.

In the press release written by the Allied Public Relations Branch, it talks about how, from late February 1945, Allied intelligence in Switzerland and enemy-occupied territory began to get reports of peace feelers by highly placed Nazis officials. 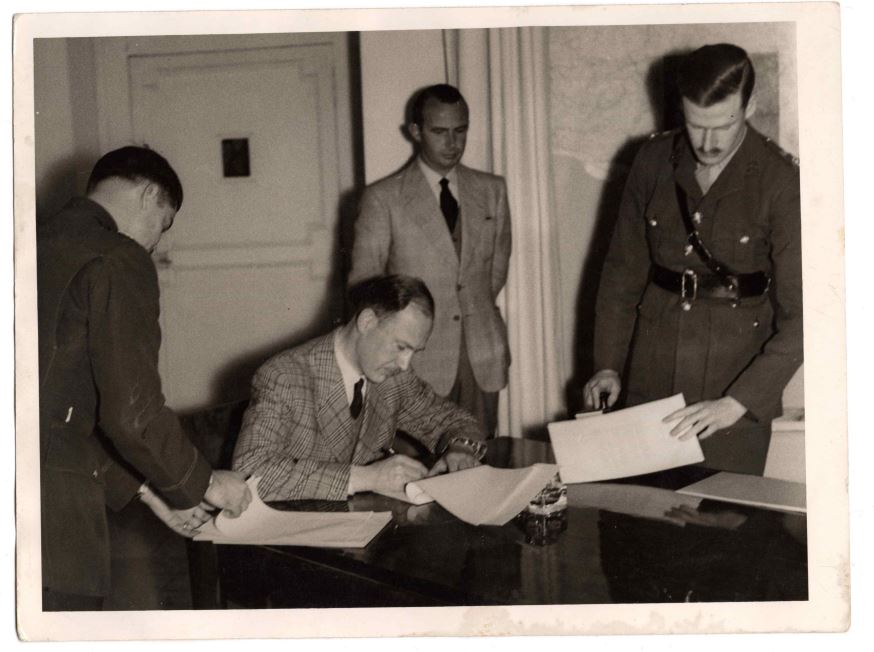 Photograph No. 24720- The German representative of Vietinghoff signs the documents of unconditional surrender, which included the surrender of all German forces in Northern Italy to the Isonzo River and the Austrian provinces of Vorarlberg, Tyrol, Salzburg and the areas of Styria and Corinthl.

In March 1945, German officers made contact with the Allies through Allied agents in Switzerland and eventually Waffen SS General Karl Wolff, top SS officer in Northern Italy, himself appeared at a Swiss border town to talk about surrender. He felt that such a surrender could have crucial repercussions on the entire German Army, especially on the Western Front, as Wolff claimed that many German generals were just waiting for someone to take the lead to end the war.

The German commander in Italy by this period was General Von Vietinghoff. By April 1945, the Allies in Italy were on the offensive and the 15th Army Group was pushing the Germans back towards the Po River. Towards the end of that month, two German diplomats who were given the power of independent action on behalf of their government, invested with Wolff’s and Von Vietinghoff’s authority, arrived at Caserta and eventually accepted the terms of unconditional surrender. 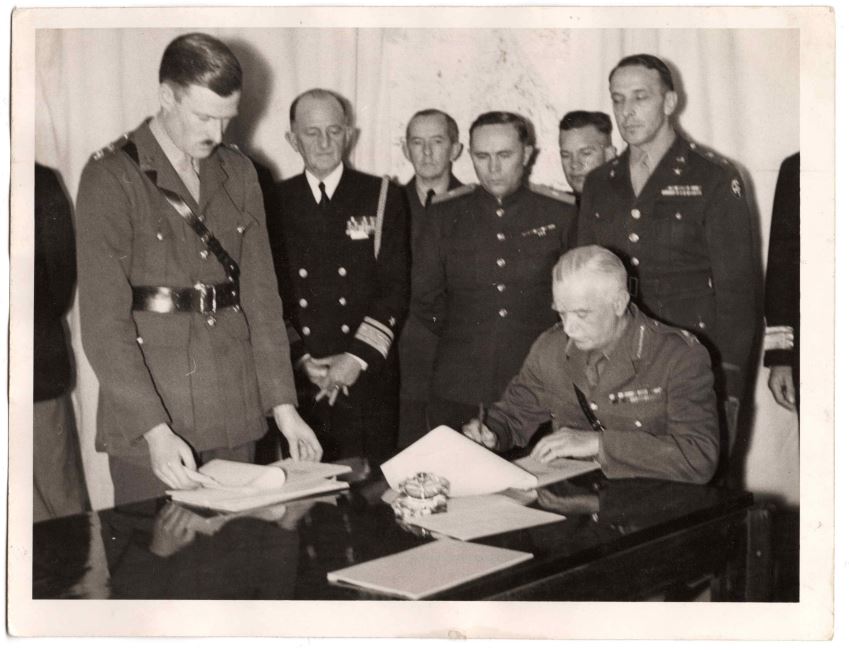 Photograph No. 24722- Lieutenant General Morgan signs the instrument of surrender of German forces in Italy and Western Austria on behalf of Field Marshal Sir Harold Alexander, Supreme Allied Commander of the Mediterranean Theatre of Operations.

The surrender became effective at 12 noon GMT, 2nd May 1945. This surrender knocked nearly one million Nazi soldiers out of the war and set in motion the surrender of the German armies in the west and provided the impetus for Nazism’s complete collapse, saving countless thousands of lives on both sides. Therefore, on the 77th anniversary of its enactment, it’s crucial to remember this momentous event and the peace it brought to Europe. 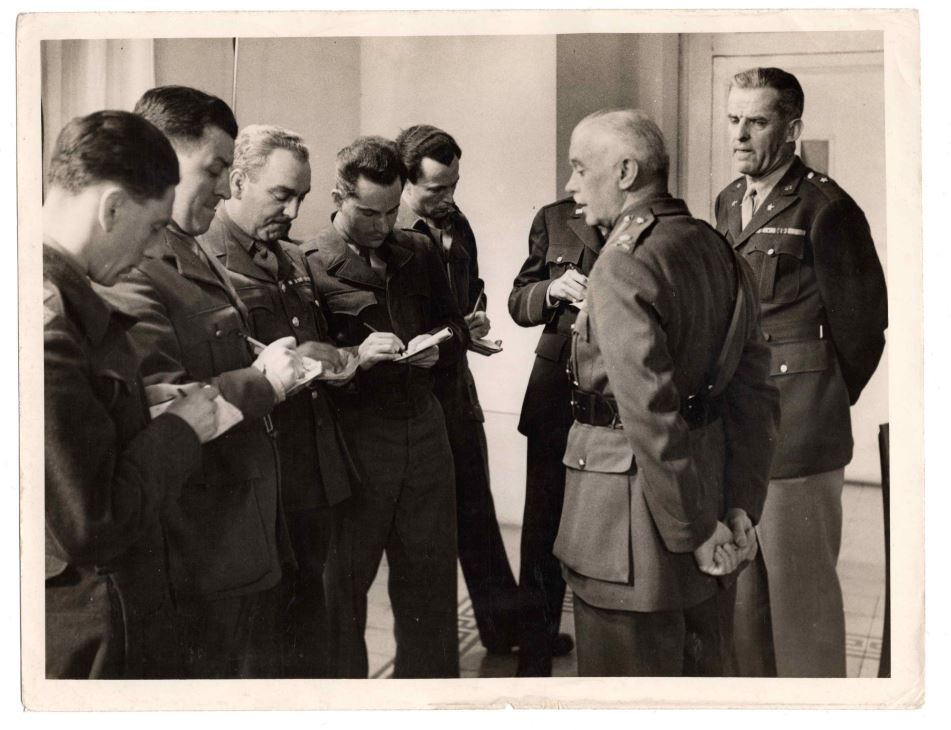 Photograph No. 24723 – Lieutenant General W.D. Morgan addresses the press just after the short nine minute meeting of German and Allied Forces Representatives that culminated in the unconditional surrender of all German Forces in Italy and Western Austria to the Allies.